The Spanish pilot of the project 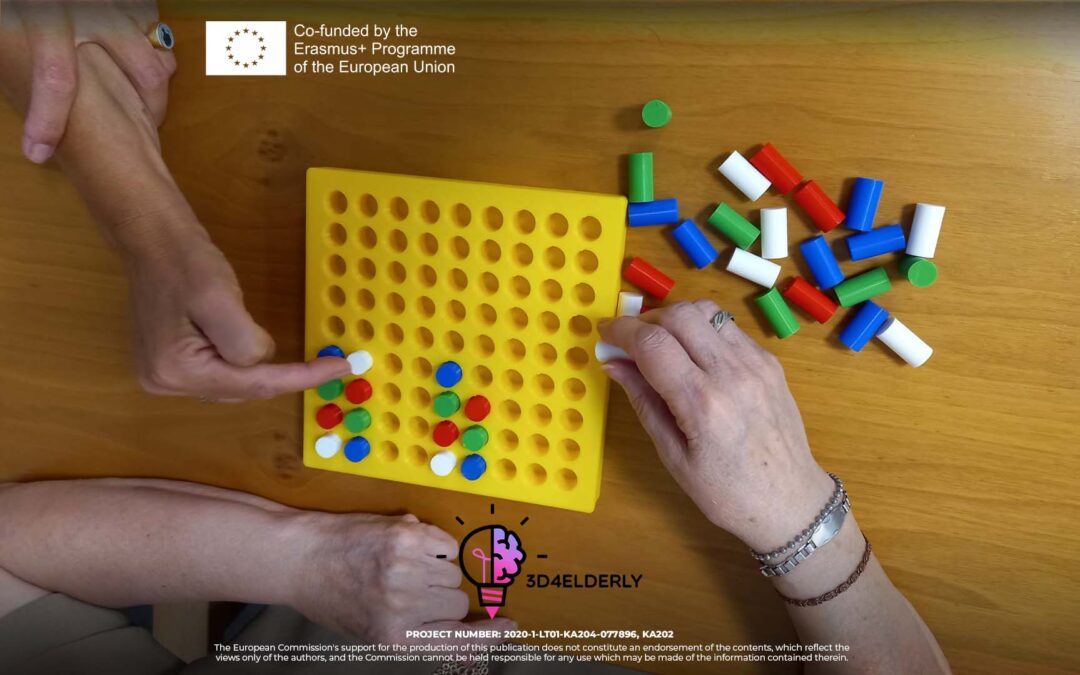 Project was done between May and September because it was divided in several phases necessary to achieve the final result.

Firstly, it was translated all the documents into Spanish to facilitate their use by the caregivers and the users, mainly it was important that the 15 exercises were translated, and it was prepared several printed copies of the exercises for being showed and tested.

CETEM contacted with several Spanish associations who provide care and support for those affected by Alzheimer and other dementias, quite a few of them were interested and it was prepared a 2-session activity on the morning and afternoon for 28th of June 2022 at CETE’s headquarters, when the results of the project were presented to caregivers of 2 associations who committed to test the exercises among their users and collect their feedback.

Those associations were AFAY (Yecla Association of Alzheimer’s patients and their families) from Yecla (Murcia) who sent 2 caregivers to the training activity and Fundación Poncemar (in Lorca-Murcia) which essential aim is to care for, protect, assist and give support to the elderly who have lack resources and who are in a situation of need, mainly dependent elders with Alzheimer or dementia and who sent, also, 2 caregivers to the training activity who work on the day care centre.

During those sessions, it was given an introduction about what is additive manufacturing or 3D printing (more commonly called), which are the different 3D printing technologies and materials that could be printed with, for that, it was explained the document “IO1A1 – Transfer of knowledge about the basics of 3D printing concepts to the caregivers’ staff working with people with Alzheimer and elderly people with dementia” which is available on the website in 5 languages; also, it was discussed with the caregivers about the possibilities of this technology to help centres who are working with people with Alzheimer or dementia to create appropriate tools for a proper cognitive stimulation. After that, it was deeply explained 3 suitable technologies in 3D printing (FDM, SLA and SLS) with document “IO1 – A2: Identification of 3D printing technologies to be used in Alzheimer and elderly context” and it was showed how real 3D printers work. Finally, it was explained a methodology for creating new 3D printing exercises and it was given a template with instructions in order that they could prepared future exercises according to their necessities.

After that, the following session was much more practical because it was explained each one of the developed exercises with clear instructions, how to print it and giving them the possibility of having one copy of that exercise to test it. In the end, every exercise was distributed between AFAY and Fundación Poncemar.

During the first weeks of July, those caregivers who came to the training sessions, have trained their co-workers and between second part of July and September every exercise were tested with real users who gave their feedback. Finally, 8 caregivers have participated in Spanish pilot with more than 40 users and with positive comments related with an easy execution, possibility to apply in practice or that the users liked most of those exercises.

Those exercises who were given to be tested were permanently given to those associations to use on the future due to their requests after their satisfaction on the pilot.